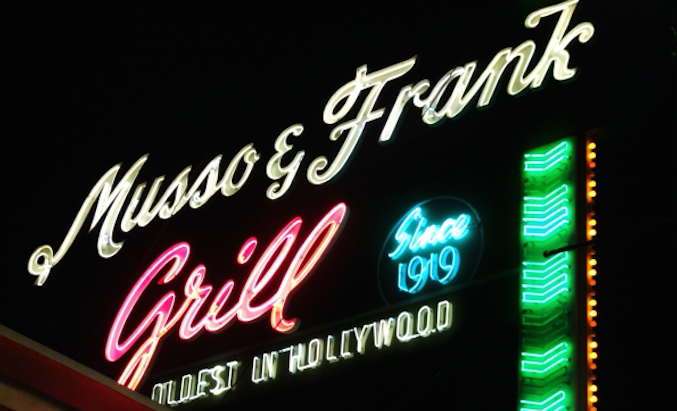 Where can you find veal schnitzel, spaghetti and meatballs, bouillabaisse marseillaise, filet mignon, and corned beef and cabbage all on the same menu? In Hollywood, there’s only one place. Musso & Frank Grill, the landmark restaurant that’s celebrating their centennial anniversary this year.

Opened during a time when people from across the globe were moving to Hollywood in search of fame and riches, Musso’s vision was to create a multicultural menu that appealed to everyone. It was wildly successful, attracting even the upper echelon of Hollywood society.

Frank Sinatra, Marilyn Monroe, Orson Welles, and Charlie Chaplin were a few of the restaurant’s frequent diners. Allegedly, gangster Bugsy Siegel was gunned down in his home following at meal at Musso’s and a drunk Steven McQueen was ejected for starting a fight with writer Charles Bukowski. (Rumor has it that McQueen returned the very next day to beg to be allowed back.)

Rolling Stones guitarist Keith Richards called Musso’s his home away from home and, several times, the band flew their favorite waiter, Sergio Gonzalez, to their concerts in his home country of Mexico. Quentin Tarantino has also spent a fair amount of time at the restaurant. His ninth film “Once Upon a Time… in Hollywood”, released in July 2019, prominently features both the inside bar and exterior features. The building has remained largely unchanged over the past century, save a few minor updates here and there to preserve the space.

With its rich history and extended list of esteemed guests, it comes as no surprise that the Hollywood Chamber of Commerce is presenting Musso & Frank Grill with a star-shaped Hollywood Award of Excellence adjacent to the Walk of Fame. For their centennial celebration, the restaurant is hosting a donation benefit dinner for the Motion Picture and Television Fund, which takes care of industry retirees.

Experience the iconic dining experience for yourself. Musso & Frank Grill is located at 6667 Hollywood Boulevard, open Tuesday through Saturday from 11 a.m. to 11 p.m., and Sunday from 4 to 9 p.m. Walk-ins are welcome, although you can make reservations through the OpenTable app or by calling 323-467-7788. 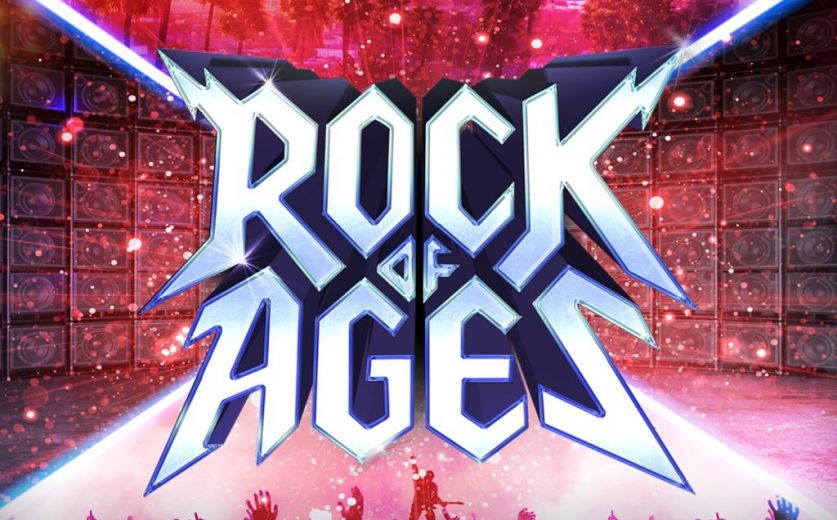 Previous Story:
Rock of Ages Returns to Hollywood as an Immersive Dining Experience 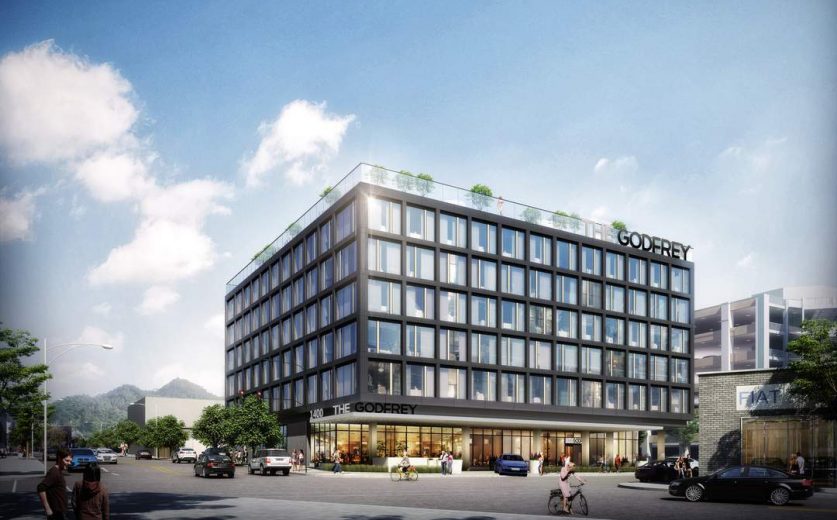