By The Vibe of Hollywood| March 11, 2019| Neighborhood Development

It’s all about the experience. That is the trending mantra among leading retailers, and Funko is joining the throng of companies participating in the latest fad.

The vinyl toy company – which reproduces movie and comic book characters as figurines with bobbling heads – plans to open a 40,000 square foot store in Los Angeles later this year. The store will provide a memorable shopping experience for customers as they can pose with life-size figures throughout the store and sit in a toy version of the Batmobile.

Funko intends to use this physical space to drive sales at large retailers and online. Like many other toy companies, Funko sells a large percentage of merchandize through retail giants like Amazon, Walmart and Target, with distribution in select specialty stores such as GameStop and Hot Topic. In addition to boosting sales, Funko’s newest venture also plans to increase brand recognition and loyalty.

Just in the past year, Funko stocks have increased by nearly 50 percent. The company caters to fans of massive franchises such as Marvel, DC Comics, Star Wars, Harry Potter, Pokémon, plus more. With licenses with most major studios – like Disney and Warner Bros. – and collectable sports figures such as JJ Watt, Wayne Gretzky, Rhonda Rousey, and Lebron James, Funko is able to attract devout fans and reports having repeat customers.

The new location on Hollywood Boulevard – which is in close proximity to the famous TCL Chinese Theatre – is set to open before Halloween. 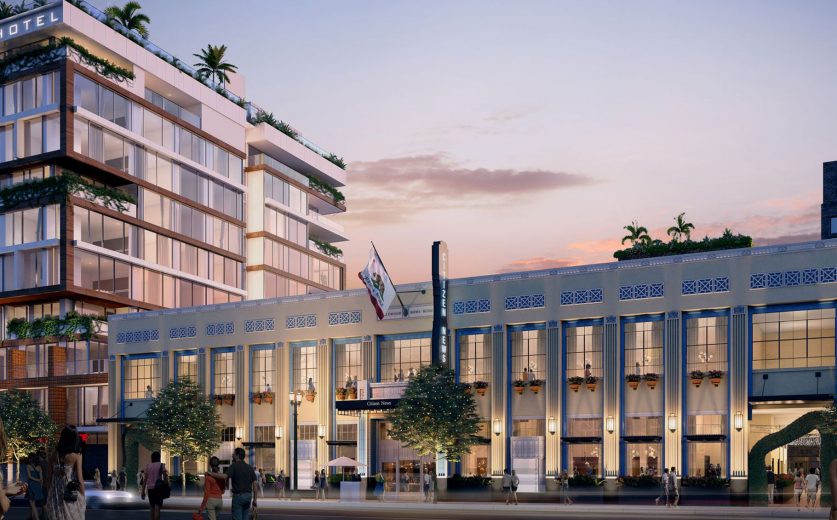